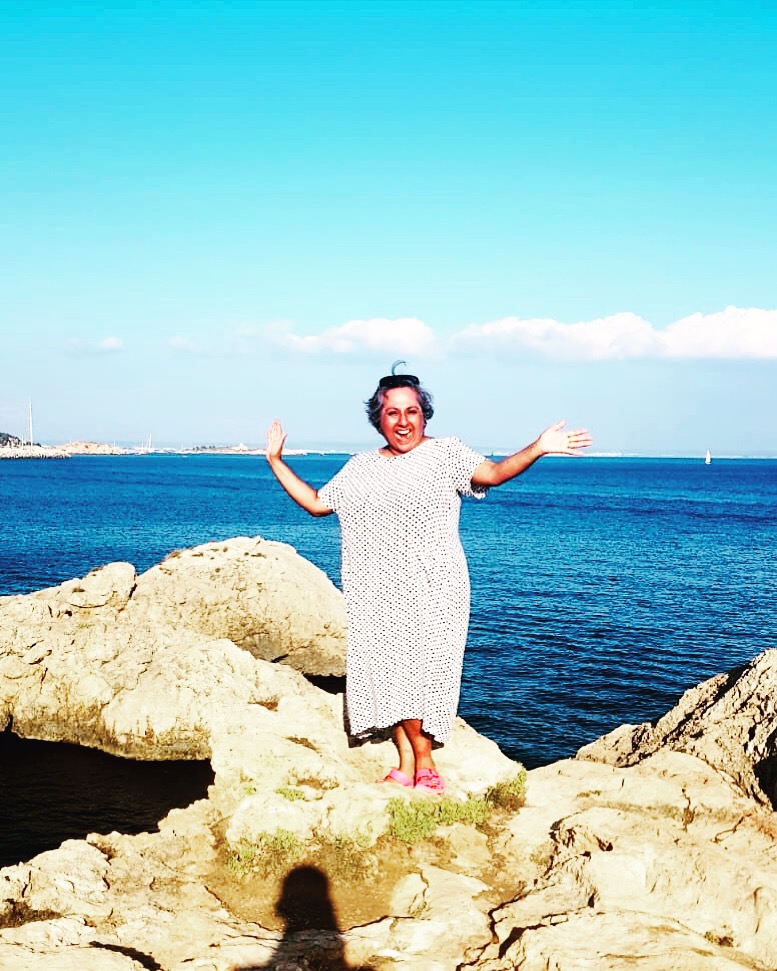 Warning...you may fall in love with yourself and lose weight!!!!

My blogs are like buses.....wait ageeeees for one, and then 3 come along at once, (yes more to come in the next 24 hours!!!) although I dont know if this is still the case with buses, and I may just have made a very old fashioned statement!!!
And here is Bus number1, destination Blissland!!!!
I have been having a very ‘interesting’ time of late. Life definitely feels like it has speeded up, and stuff is whooshing around.
I had the pleasure of seeing Caroline Myss, a couple of weeks ago, and did this lady shake me to my core. Go and see her, if you get a chance...brilliant
Im in row 3 in orange!!! 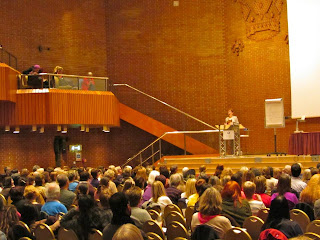 “You cannot change anything in your life with intention alone,
which can become a watered-down, occasional hope
that you'll get to tomorrow. Intention without action is useless”.
Caroline Myss
So a couple of weeks ago, I ‘Ho O Pono Pono’d’ again with the lovely Robert Berman (you can read about the first time I did this class in a previous blog), and am still ‘recovering’...but in a content, and chilled out way. Its a bit like the amazing sensation you feel when you have worked out really hard, and then get into bed, after a long hot bath, knowing that you can sleep for as long as you want.....zzzzzzzzzzzzzzz
Yet another powerful class that shifted yet another layer.


We just need to let go of those old negative patterns, and yes it is hard but so so worth it.....belieeeeve me, I know!!


I really don't want to write about the people I forgave, but ultimately it all came down to me, and it was so deep deep down inside me....that I had not forgiven myself, and that was one of the hardest things ever, and did I release, and blub......snots and tears...floods of them!!!
And isnt that just always the hardest part, that we are just so hard on ourselves? I cant beat myself up anymore. Yes I have tried since the class, but it just doesn't work...it makes me laugh, because I know its the old patterns, and I know what they are....soooooooo liberating.
And I love me so much more. It is limitless. And that has taken many many years to feel. And thats what it is all about. When you accept yourself, other will accept you, and love you.
And there were others that truly let go. My sister in law Nurcan, and 2 nieces, Ceyda, and Cigdem were just so brave, and amazed me with their openness
And it was so weird. Considering I have organised the class, for some reason I thought we started at 10am on the Saturday, so I decided that i would get there early, to make sure all was ok. Came out of South Ken station, and straight into Pauls for a pastry, and an Earl grey tea. Thought I would check my phone, and there were 2 missed calls, and a voicemail from Robert....the class started at 9am!!!!!!!!! I was just so shocked, so I ended up being 35 mins late. Robert was just so chilled about it. When I got home that evening, I decided to check my notes from the last class in Glastonbury, and guess what, I was 35 minutes late for that class too!!!!! I told Robert the next morning, and he said 3+5 =8, and that is the master number for clearing!!!!! I love the way the Universe talks to me!!!!!
Aaanyway once we got started it was just so powerful. Robert delivers in a sublime way. He has such softness and love in the way he speaks, so so sincere, and so patient. You never ever get the ‘I know more than you’ feeling with him, and no ego. He holds you in such a place of comfort, and you feel safe. And he spoke, and we listened, and we spoke, and he listened, and it was all just as it should be. The group dynamic was magical, of course, with so many gorgeous Goddesses in the room. Yes, sadly no men. They are finding it hard to let go of their poop...the big fat chickens!!!!
This time Robert also spoke about the reasons why people are over weight. And it makes so much sense. If our body is blocked with pain, then it isn't in free flow, so we hold onto weight. After releasing so much, nearly everyone I saw the day after told me I had lost weight, so I decided to weigh myself, and blow me down with a big fat doughnut, I had lost 4lbs!!!!
I don't want to go into to much about what everyone shared, obviously, but here is some feedback
“I was just surprised that something so simple could be quite so powerful”
Sarah Harkess
“Everything has been incredibly peaceful since that weekend. I'm carrying on with it of course and just getting happier and happier!”
Susan Bowen
"Ho O Pono Pono made me feel like a big weight has been lifted off my shoulders. My mind and body is on a great peaceful journey. I have forgiven all."
Jane Cohen
“ It was like a liberating awakening”
Ceyda Ceylan
“ I feel that I have found my anchors and realised that it was me who created them all along” Cigdem Ceylan


It is such a simple tool, and yet so so powerful. It will change the way you live, and love, in the most positive way
So, due to huge demand, I have organised another one for June 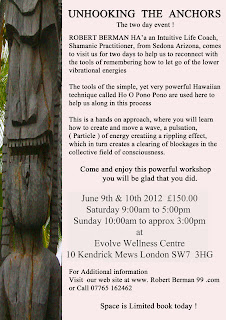 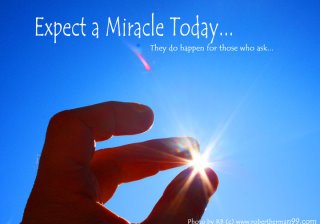 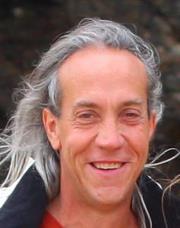 Keep connected with me here

Promote Your Page Too